Mike de Sousa is an advocate and contributor of public art and uses words, music and light. His work in digital form is free for personal enjoyment, however it may not be used for commercial gain.

Mike is indebted to the music scholarship system in England which awarded him one-to-one free piano tuition throughout his formative years. This together with the support of his aunts who brought him up and encouraged the development of his creativity, provide the foundation for his desire to ensure others are given free access to art in all its forms, and opportunities to cultivate their own interest and involvement in the arts.

Read Mike's collected thoughts as he ponders on those things that are important to him, that are personal, that inspire him, and on art, music, and poetry.

Listen to my latest compositions using the player below:

All music composed, performed and produced by Mike de Sousa.

100 Artworks is an online publication of Mike's selected art, poetry and music.

I have worked with a variety of visual media. My published visual output can be enjoyed at Public Art World, a growing catalogue of my work in all media. An evolving retrospective can be viewed at 100 Artworks.

My focus is on the interaction of images with words and music.

I began taking photos after a journey to the Welsh mountains. The landscape was so beautiful, so powerful, I knew I wanted something of the experience to remain.

I use a monopod rather than a tripod as I find the moment of best light moves so very quickly. You'll find my photos at Public Art World.

The five projects above take you to places where I write about those things that are most important to me: love, compassion, and beauty.

All My Work In List Form On A Single Page

My Creative Estate is a record in list form of my public artwork. 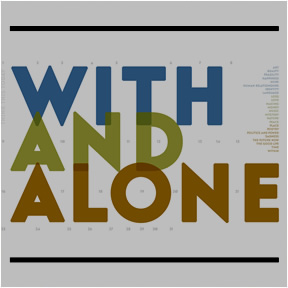 Read one idea each day limited to five lines. I often speak of beauty and love.

The first part of this work, Think This Today, is a reverse journal that first appeared on the website of the same name where a single thought is presented for each day over a three year period. Reversing the order encourages me to think of time, my place, and action within it.

The second part and title of this publication With and Alone is a thematic presentation of the same thoughts that allow the reader to quickly locate and consider related ideas.

The way I read, the context I read, changes how I read and come to understand.

With And Alone is available as a free eBook. 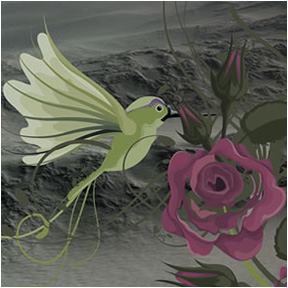 The Burial of Georgio Sánchez

The actions of the inhabitants of a small town, Pueblo del Pocito, on the night preceding a funeral mass are inextricably linked to those of the passengers on a bus due to arrive in the town the following morning. The story explores the central themes of desire and deceit as the burial of a stranger, Georgio Sánchez, alters all their lives.

The chronologies of events, combined with the characters' recollections of past incidents, create a lyrical evocation of their passions, self-sacrifice, and necessary deceit...

The Burial of Georgio Sánchez is available as a free eBook. 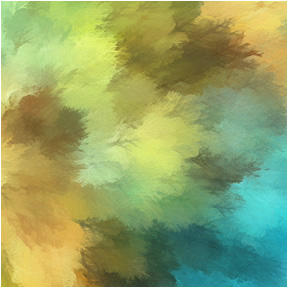 A short poetic story and picture book for children and adults.

A non-threatening and positive story about the environment and renewable energy that can be enjoyed by all ages.

The Sun Shines has two parts.

The first presents the story with images and supports young readers in its choice of typeface and presentation. The pictures invite thought and dialog about the narrative as it unfolds.

The second part presents the story in text form as a poetic fable.

The Sun Shines is available as a free eBook.

It has always been the same for me - I have a burning need to share, but perhaps at times I do so far too quickly, and with such intensity, I distance those I wish to be most close...

An example of my prose follow, but first, a picture and a poem... 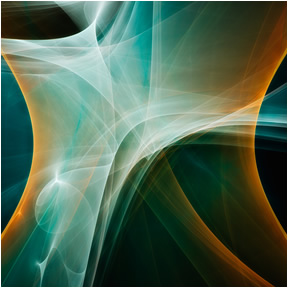 By causeway ruffed with reeds
Below stone circle windowed space,
Sifting sights in syllables of touch you taste.
Your one hand to the other grasp
The weathered chair with wondered soul
In sight of sail
Across the inlet water fresh
In take of air
As red against the blue below
Shifts as one with swaying corn
On land that rises to the east,
That swells as to a single figure small
As speck upon a sea of ice,
As mizzenmast in ocean squall I stand,
Fists tight around the hilt,
Listing back against the wrench of wind,
Taut the tendril slices clean the air
As paper cuts the softened skin within
Sun strikes the canvas high
Whilst shadow on the earth dilates,
A pool of weighted soil dark,
The strand of fluid mooring brakes
Crisp upon the ears.

I first started playing the piano when I was six. Every morning I walked to my school with my aunt who taught there. She encouraged me to practice and has continued to support me in my creative activites ever since. I compose for voice, piano, orchestral and ethnically diverse instruments.

My recent compositions presented at the top of this page are personal, intimate works full with fire, rhythm and emotion.

A taster of my work as a composer and musician is presented here. All music was recorded in my studio and is under copyright. 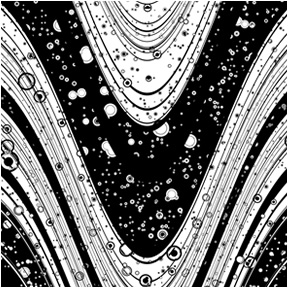 Each day I wake the world as new...

The Music 'The Sun Shines' accompanies a short poetic story and picture book for children and adults. A non-threatening and positive tale about the environment and renewable energy that can be enjoyed by all ages.

Enjoy the music together with the story and accompanying images at 100 Artworks.

A Short Lament For A Private Man

For those alone who find themselves surrounded by life, yet unable, unfortunate, or unwilling to welcome its company, I mark their passing with sound and light so they do not fall forever from our view.

A Short Lament For A Private Man at 100 Artworks includes art and further thoughts.

A Silent Movie, a complex and personal work, was composed between 1986 and 1988, runs to forty minutes, and is read and heard concurrently.

My creative development by 1987 had led me to increasingly include written text as an integral part of my musical output. In 1988 I decided to embark on a work which would be ambitious in both content and style.

A Silent Movie contains a broad range of musical forms from acapello singing, jazz, classical, and spoken word, to the musical use of ambient sounds. A Silent Movie was to become the first 'audiotexs', and was technically very demanding as the advent of affordable digital audio had not yet arrived (all sound material was cut and pasted using traditional magnetic media technology).

A number of themes appear in this extract that are developed throughout the work: the life cycle, human cloning, and aesthetics.

"I like the style of your writing, it is unlike anything I have ever read..." Alan Bennett

"Good luck, I hope this work gets the wide exposure it deserves..." Malcolm Bradbury

Full Circle ~ extract. Full Credits. Listen to the full length piece presented in the player at the top of this page.

I began work on Our Town in December 1997. Over the following two years I interviewed hundreds of people for the project, and made thousands of ambient sound recordings. Our Town is a four movement work which runs to seventy minutes and was completed in the year 2000.

From infancy to old age, bankers and beekepers, mothers and fathers, rich, poor, happy, angry, sad. All are part of Our Town. Some tell of their passions, of those who have left and indelible mark on their lives, others of their journey as it nears its end. From morning to night, through sun, wind and rain, through every season of the year, you will hear sounds from familiar and unexplored places.